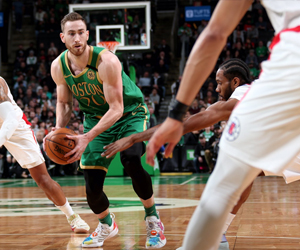 The 13-11 Boston Celtics will face the 13-12 Los Angeles Clippers at the Staples Center on Wednesday night. The Celtics and Clippers are both underperforming and struggling to string together a series of wins.

The Celtics are a talented team. They have a younger core of Jayson Tatum, Marcus Smart, and Jaylen Brown. Even though they have a good core, they have not won more than three games in a row this season. They have been inconsistent, and this is best evidenced by their last two games. Last night, the Celtics lost to the Los Angeles Lakers 117-102. The game before, the Celtics crushed the Portland Trail Blazers 145-117. Need I say more?

The Clippers are also a talented team but have been dealing with some injuries. Kawhi Leonard will miss most of the season and Nicolas Batum has missed the last few games because of COVID-19 protocols. The Clippers have also been very inconsistent this season and are 4-6 through their last ten games.

This game could go either way, but I think the Clippers will win it. They are playing a Celtics teams that played the night before, so they have one additional day of rest over the Celtics. The Clippers also have home-court advantage. The will, however, need to ride the hot hands of Luke Kennard and Marcus Morris Sr., but I would expect them to. If the Clippers depend on the the players that have been scoring a lot lately, they will win.

We acknowledged our performance tonight in LA and are turning the page to our next task at hand: the Clippers. pic.twitter.com/pHXDx3rBjd